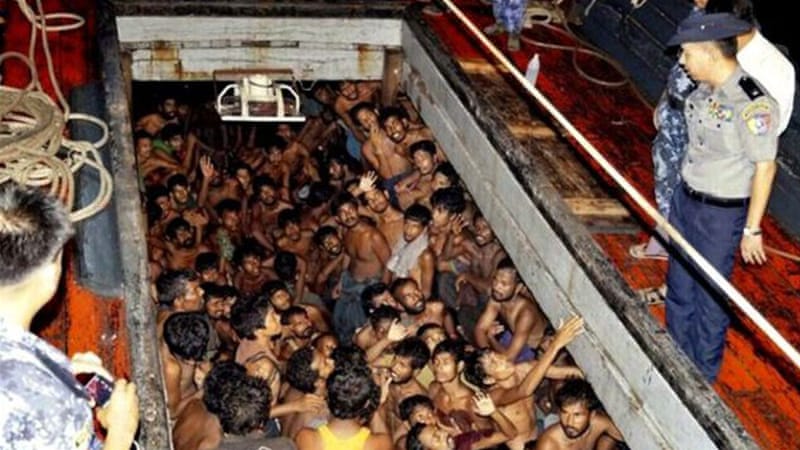 When most people in civilized countries hear the phrase “Human Trafficking” images like the one I’ve linked to here generally pop in the head. If you are of a certain age, mentally you see images of Chinese people sewing in a New York sweat shop trying to work off their debt. Younger people “might” conjure up images of Hispanic people being forced to pick fruits and vegetables for no money in California and a few other states. Mostly being forced to do that because nobody in California was willing to come off Welfare and take that job. 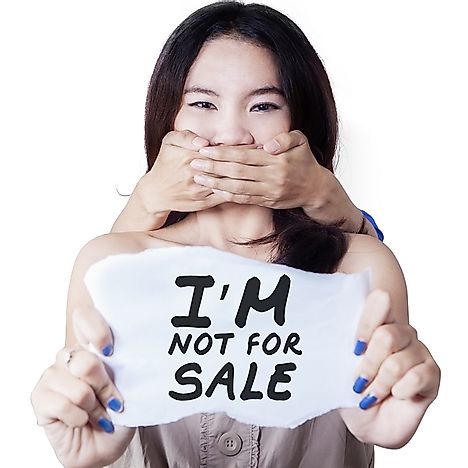 Hopefully you clicked that link and read up on what the Department of Labor is finally investigating. What is currently being classified as “visa fraud” has been going on for years. As long as companies just pay token fines compared to the profits they make in what has really become modern day slavery.

Some of our elected officials have tried to address this slavery issue. Dick Durbin was among those putting forth a bill to end this slavery for all time, though it didn’t go quite far enough.

“We need to crack down on the fraud and abuse that allows corporations to avoid paying Americans fair wages and exploit foreign workers,” said Brown.

For starters, they stopped short of calling this crime what it really is, human trafficking. It is the exploitation for profit of a worker with no rights. A visa worker is enslaved to their visa sponsor. If they are abused or mistreated they can do nothing but return home. When they are flown over here on tourist and convention visas then stacked 8 deep in a 2 bed extended stay hotel room, they can do nothing about it. The minimum a visa worker can be paid under current law is $60,000 so they are being flown to America by the plane load, many of them ending up in California where starting salaries are $150,000 for recent college grads and the “visa sponsor” pockets the difference.

How many of you read the story about Tata (TCS) reaching $100 Billion valuation? Human trafficking is profitable. Why do you think drug cartels got into it?

How many of you know that an H1-B worker cannot be rented out? They have to work at the location of their sponsor which is the LCA (Labor Condition Application) listed with their initial application. How is it that “consulting” firms whose primary business is renting out bodies can then use so many H1-B workers? They rent desks.

You read that correctly. They rent N desks at a client company and stuff them with visa workers. While it adheres to the letter of the law it totally violates the spirit of the law and is indicative of criminal intent. Companies looking to avoid paying fare market rate for IT skills have been all too eager to be complicit in this activity. You all read about Disney throwing its U.S. IT workers under the bus to replace them with visa workers under just such an arrangement, didn’t you? If not, click the link.

All of those who claim to be working towards ending human trafficking in America need to be lining up behind Dick Durbin and everyone who worked with him to get that bill written. You need to be jambing the phone lines and overflowing the inboxes of your elected officials telling them to push that bill through and to add a clause calling this what it is, human trafficking, not visa abuse.

I’m not a lone wolf howling at the moon here. Congress has been dancing around officially calling this what it is for years. They tried to get H1-B workers to come forward with T and U visas. Either not enough came forward or there weren’t enough in the various levels of prosecutors willing to drag Silicon Valley through the court systems on human trafficking charges. It seems the phrase “human trafficking” has been whispered during the investigation the Department of Labor is conducting. Why? Because the investigation just got underway (yes, I had to fill out an on-line form for the DOL, that’s how I found out about the investigation) and already the human trafficking companies are falling all over themselves to hire American workers. They didn’t due that last time. Infosys paid a fine north of $30 million which was just a fraction of the profits from human trafficking and went right back to human trafficking. Why are things different this time?

Read up on the penalties for human trafficking.

It’s time to call this what it is, human trafficking, and get Dick Durbin’s H1-B reform bill pushed through. It’s also time for criminal prosecutions for this abuse and indentured servitude. When the street level thugs engaging in human trafficking see CEOs of multi-billion dollar companies and all the money for lawyers one could want doing a decade plus in medium security it will send a ripple that the big hammer is coming down.

Sign the petition to end human trafficking in IT.