No, that is not a typo. While economists will haggle over the numbers, but quite a few have been talking about a major Dow crash. The #trumprecession was already in full swing despite what the stock market was telling the world. Our market was artificially high. The Fed was handing out nearly free money to Wall Street and it was buying stocks. That repatriation of overseas profits also went to stock buy backs and bonuses, not towards increasing wages for the common Joe & Jane. Adding insult to injury a number of countries have central banks paying investors to use their money via negative interest rates.

Much of the #trumprecession talk started when seven year car loans became common. Many low end models won’t last this long as a daily driver. Higher end vehicles will last well beyond ten years without major repairs if you do the required maintenance. People who are scraping together $5 to put in the tank don’t do the maintenance. You’ve all seen the ads for twenty dollar car insurance. 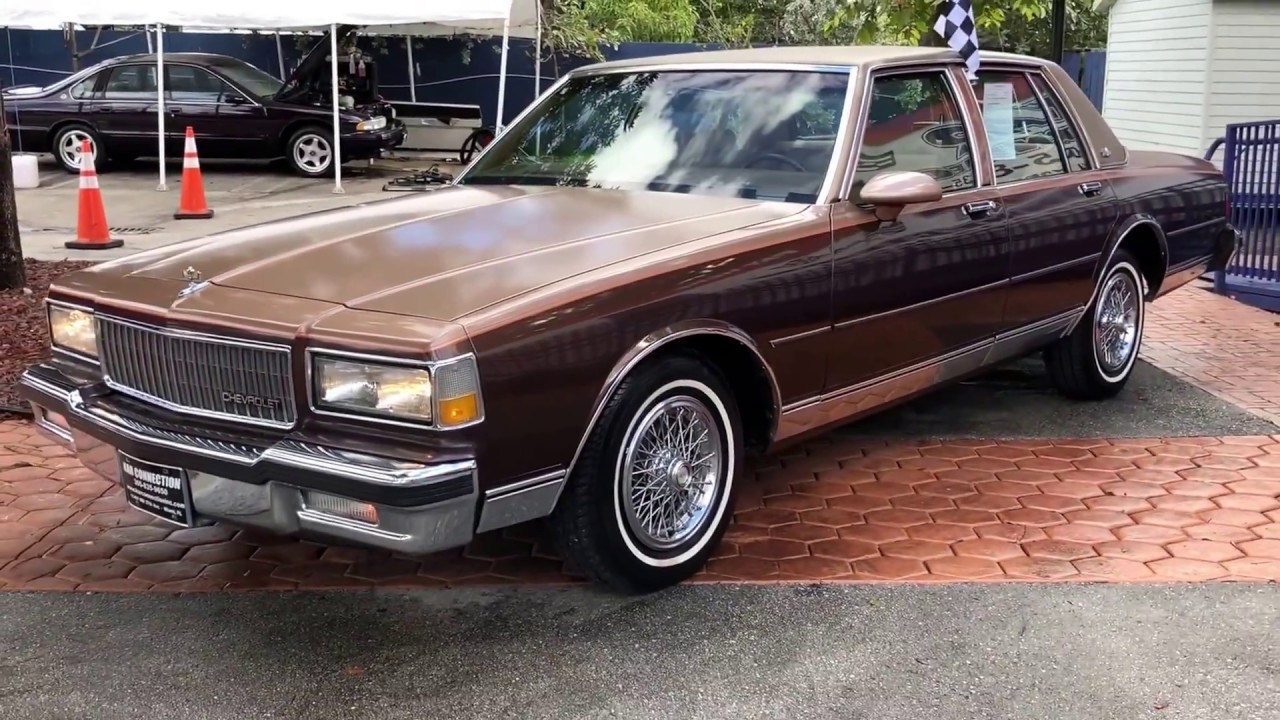 There was a time when a person could buy a brand new Chevrolet Caprice Classic (the working man’s Cadillac) for roughly $4000. Minimum wage was around $3.50/hr.  4000 / 3.5 ~ 1,143 hours you had to work to pay for the vehicle. A standard work year is 2000 hours. You had to work/save just over half a year’s worth of income to pay for it and it was not a low end car. This was a big 4-door sedan with power windows/locks/seats, electric rear defroster, intermittent wipers, and cruise control.

According to this post, the cheapest new car in 2020 is the Chevy Spark selling for 15,195 before tax, title, mystery dealer markup and options. Minimum wage is around $7.50/hr in many places with only a token few raising it to $15/hr.  15,000 / 7.5 = 2000  You have to work/save for an entire year before you can buy the car and it’s a tiny rollerskate. If you happen to work in a $15/hr minimum wage location you have to save/work 1000 to pay for the Chevy Spark. Let’s not forget you also have gas, oil changes, insurance. At some point before 100,000 miles you will need tires and probably shocks/struts. At some point you will need a break job too.

Unless you live in a major city you need a vehicle to get to and from work. The automotive market has definitely abandoned the working man. You now either buy a well used ride or you take out a very long loan. Recent college grads need a reliable method of getting to work. Most will have to start paying down college debt. Many will not be able to live at home so food and rent will be eating through the paycheck as well. Those who graduated with unemployable degrees will have all of those things and a minimum wage or less job. Those who washed out of college will be in much the same boat, just not as many years of college debt.

This was the first sign the #trumprecession was reality. The trade war decimating farm income carried the recession talk through the rest of the economy. When farmers don’t make money they don’t buy new farm equipment or pickups which puts many more factory workers out of work.

If you can get a foreign central bank to give you money at negative interest and you manage to play the accounting shell games to invest that money in the U.S. stock market (one of the few seeming to do well) stock prices go up and you seem to make even more money. I’m told most of the doors and cracks through which that money found its way into our market have or are being closed. At best that meant a leveling off of the market.

From December through April the U.S. stock market should be at best flat for the next decade or so. Baby Boomers are retiring and they have to take mandatory distributions from their retirement accounts. This means they have to sell something.

Americans have a “get ‘er done” “want it now” mentality. Keeping up with the Jones has bankrupted more than one family. According to this just 39% of Americans have enough saved to cover a $1000 unexpected bill. Most just hope there is still room on the credit card. According to this household debt was at an all time high in 2019. Depending on what you read and when you read it “average” credit card debt ranges from $6,800 to $13,000+. I suspect that number is really really low. I suspect they got it by asking insert-cc-name-here what the average balance currently is. I suspect that to keep the information anonymous they could cross between all CC issuers to learn most people have $5,000 on this one, $24,000 on that one, and $2,000 on this other one. As soon as they miss a paycheck, they fall behind.

In contrast, most of the Chinese factory workers manage to save 40% of their pathetic wages. When they go home to rural parts of China for New Years, they can live cheap on their savings. They don’t get paid vacation time. Many/most are laid off when they go home and have to be rehired when/if they come back. They are well equipped to survive multiple months without a paycheck.

A big part of the globalization fraud was and still is JIT (Just in Time) inventory management. It’s a tragic joke played out on both employees and share holders. You’ve all seen commercials about truckers being forced to drive beyond legal service hours or engage in other unsafe practices to get the load there “on time.” It usually leads to a horrible accident. Much of this is because of JIT. I’ve talked to truckers who had a dispatcher or the factory foreman screaming at them over the phone when they were only 5 miles away because the line was going to have to shut down. That truck should have already been at the dock and unloaded because they need it now. Amazon will have its own set of stories in the not too distant future trying to force packages out to people either same or next day via their own service. Bad weather, heavy traffic, case of the flu, insert-issue-here, the schedule doesn’t allow for it. Just how many truckers and logistics planners do you think scheduled a case of the screaming shits because of spinach on a Subway sandwich? I’m not dissing Subway here. These things happen. When you let gray water be used to irrigate fruits and vegetables, they will happen with more and more frequency. Ever cut open a head of lettuce and really looked at all of the places water can squeeze itself into? You just can’t wash that.

Management has strung out their supply lines around the globe always searching for new slaves to exploit. Management realized if they didn’t tie all of this money up in parts inventory they could pay it to themselves, so that’s what they did. Auto plants are now shutting down because they can’t finish the vehicles on the lines. (re-read Phase III if you don’t see the significance of that.) Apple is already out of certain iPhone models. We don’t yet know if the stores will have to close because they have nothing left to sell. How long before the shelves carrying those cheap Chinese knock-offs at low end retailers are bare? Well, okay, they will probably have a healthy stock of those green pine tree shaped air fresheners unless Coronavirus has forced people to hang them in the bathroom due to lack of spray.

Even if commercial air travel did not exist (and most of it shouldn’t), even if The Great Wall of China would actually keep all of the sick people in, this would still change the #trumprecession into #trumpdepression. These factories are going to be shut down for months, possibly a year, not “just a few weeks” as some claim. The biggest fear myself and others have is that China re-opens the factories too soon.

Phase V – Too Soon and Too Often

Lots of people are talking about Coronavirus being “like the flu.” Some other learned voices are saying “if this is a flu that relies on winter then why is it showing up in desert and tropical places?” A valid question. In the Midwest we are used to winter snows bringing cold and flu season. We are also used to that season being over in the spring. If you’ve lived long enough you all know the effect of going back to work too soon, you not only get sick again, you pass it on to others. If China re-opens the factories too soon, this all starts again.

What happens if this strain really does turn out to be “seasonal?” That means every cold and flu season we have to shut down the world. Factories that need parts from other factories need to keep six months worth of inventory on hand because spin-up will be months for their suppliers. JIT was always fraud and this exposes that fraud.

Yes, many keep telling you it really is “just the flu.” It just happens to be flu on steroids that brought its big cousin to hold you while it hits you. You hear all of the medical talking heads refer to “at risk” people. The bulk of you don’t know you are “at risk.” Sometimes they give you a list of conditions such as heart disease, lung issues, etc. Last night they added in diabetes for some reason. I haven’t heard but I assume high blood pressure is on that list too.

The dirty little secret is many of you are at risk and you don’t know it. You do have a heart condition, high blood pressure, diabetes, etc. but you don’t go to the doctor because the symptoms either aren’t noticed or just not bad enough. Admit it. When you have a random shortness of breath, bit of dizziness, etc. you think nothing of it or make an excuse for it. You don’t have someone strap a cuff on your arm to find out your blood pressure is way outside the margins. You don’t go in for an annual blood draw to check your A1C and cholesterol. You don’t want to know that you are at risk because if you don’t know then you aren’t “at risk.”

Today’s rally means nothing. A few people with cash on the sidelines thought stocks looked cheap. They will sink again. When Apple has to go an entire quarter subsisting on only the revenue from their streaming services, all of those mutual funds investing in FANG (Facebook Apple Netflix Google) will take a pounding as Apple stock free falls. Everyone who supplies the airline industry will be in the same boat. We aren’t just talking about airplane manufacturers and their suppliers, we are talking about the travel industry, food services that supply the flights, limo and taxi services, hotel chains, even Disney.