Aging, Conspiracy, Society, Thank You Sir May I Have Another

I waited a long time to write this post. Months in fact.

It began percolating in my mind this summer when I went to visit some dear friends. Yes, we were under the gathering limit size of the time. Some had known me since the fifth grade. For whatever reason all of them tend to get their info from Fox News.

Make no mistake, I love these people, they are dear to me, but they are evidence of what a disinformation campaign can create. The conversation, once it turned from health and an upcoming move, state of families, etc., inevitably turned to the virus. I heard all of the bullshit Fox News soundbites come up. Parroted without event he slightest investigation.

“Our case count is going up because we are testing more.”

When every bed is full for months and the overflow starts filling up all of the places you would normally pull additional staff from, this becomes a massive problem. Quality of care plummets because staff are asked to put in a non-stop heroic effort and that takes heavy tolls. The physical becomes rather obvious in a short span of days. Exhaustion contributes to mistakes.

The psychological and emotional toll is less obvious until it becomes too late. Basically, when you watch patient after patient die despite doing all you can do you lose the ability to hear the last voice of Pandora’s box; Hope. When you see patients just lining the hallways and dying alone every day because there simply is no one to take care of them and you are too exhausted to move; it’s easy to not hear Hope. Despair has a voice ringing rather loud and . . . well . . . you start looking for ways to shut that big booming voice out. All of your co-workers who should notice and help happen to be walking that same road waiting for someone to notice. As cheesy as those nightly rounds of applause may seem to you, they save lives.

“They are just taking away our rights one by one.”

“I only wear a mask when they force me to!”

Both of these really go together. They also tie into a question I answered on Quora the other day. Not to mention they tie into the Imbecile rallies. 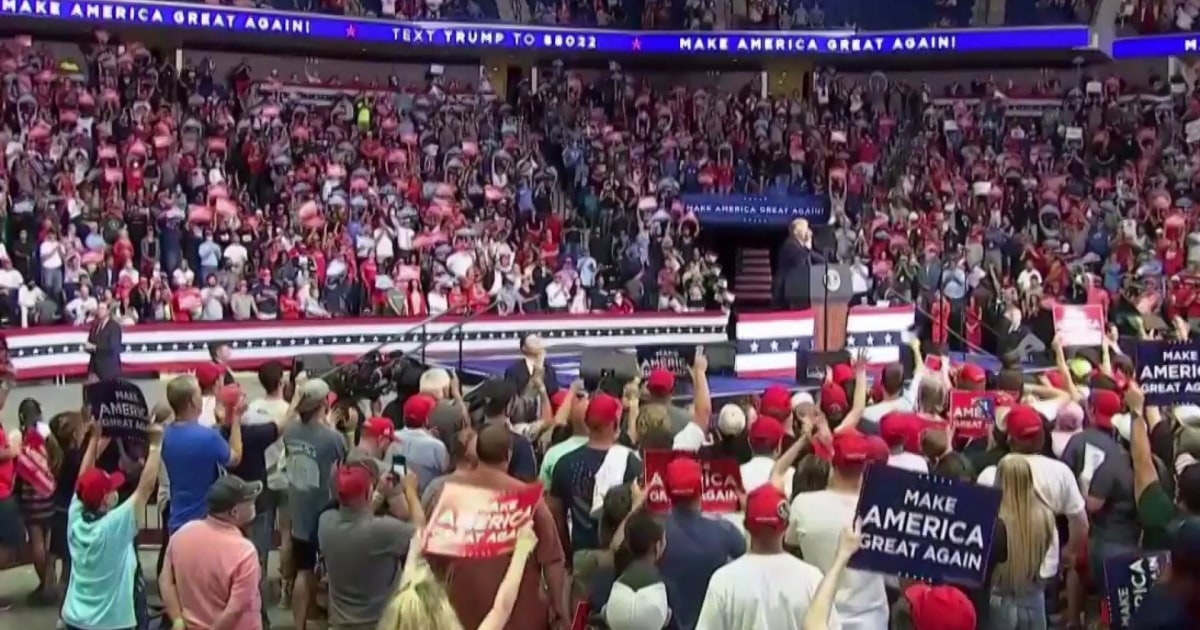 Let’s pack an indoor event with people not wearing masks. What could possibly go wrong? Despite all of the early disinformation, it’s airborne. Well, Tulsa found out.

Unlike the flu, COVID-19 is an indiscriminate killer. It’s not just the really old, sick, and feeble it kills off. Lots of places are starting to keep lists of sports stars who died from COVID-19. Stories of athletes who survive COVID-19 aren’t pretty either. Even super healthy college kids are dying from this.

This isn’t just the flu.

You may remember Middle East Respiratory Syndrome (MERS) and Severe Acute Respiratory Syndrome (SARS). COVID-19 is actually SARS-CoV-2 — or as some may call it, “the little brother.” SARS is listed as having run from November 16, 2002 (discovery) through some time in 2004, so hopes of COVID-19 going away in a couple of months seems to be mere wishful thinking. There is a distinct possibility we could still be dealing with this when the next flu season rolls around. Dealing with a new wave while still trying to crest this wave.

When you defy wearing mask, monkey pile together in bars, at parties, in gas stations or political rallies and generally ignore COVID-19, you are committing second degree manslaughter.

Testing and contract tracing is getting good enough now that they cannot only identify each of the (currently) six strains of SARS-CoV-2 they can also identify tiny variations it makes to itself hopping from person to person. That combined with contact tracing allows them to not only identify who was exposed, but who infected who.

If you want to know the really-funny-in-a-tragic-way part, when I wrote that post back in August I included the following paragraph.

When you jamb pack into a bar without a mask covering your nose and mouth and without remaining at least 6 feet apart, you are committing second degree manslaughter. Yes, Wisconsin, that means you!

People gave me shit for that.

Not wearing a mask kills hundreds to thousands.

Not wearing a mask in public is the modern day equivalent of drunk driving. Pretty soon it will be prosecuted as such. Honestly it is far worse. While it is tragic, a drunk driver kills only a small number of people when they finally plow into someone. Some drive drunk hundreds of times without killing anyone, but if you play that game long enough you will kill someone. Drunks have an unusual ability of surviving otherwise horrible wrecks.

Unlike drunk driving, you know this to be true at the time you make the decision. Sober everyone knows drunk driving kills people. When you are buzzed or hammered you think you are fine to drive. It doesn’t make killing people any less of a crime. In truth, deliberately not wearing a mask in public is premeditated killing. You deliberately decided everyone else had to die so you wouldn’t even in the slightest way be inconvenienced.

In short, you listened to the Imbecile-in-Chief (generally via Fox News) and are directly responsible for dozens, if not thousands, of deaths.

A Cornell study has identified Trump as the biggest source of COVID-19 disinformation. Think about that for a minute. The office of the President is supposed to put people up there to inform the American people honestly during times of national crisis. We understand battle plans can’t be publicly shared during a crisis, but to deliberately make shit up so you don’t look like the flaming idiot you are is simply inexcusable!

While we are on the subject, how about that debate?

I realize many Red Necks aren’t on Twitter or Facebook. I live in Red Neck America and am not on either Twitter or Facebook so it is not just Red Necks who avoid those things. There are Red Necks who only watch the Fox Fiction Network and refuse to consume actual news from a trusted and trustable source. Admittedly, there are supposedly intelligent people who watch only CNN and it isn’t any better. Neither media source has hired or promoted an actual journalist in decades.

In the middle of those two massive and inexcusable extremes you can find actual news. Stuff that doesn’t use “unnamed sources close to…” and doesn’t hire pundits to thump a party line during supposedly enlightened discussion.

That thin line of actual news has had to endure the Twitter feeds and the septic tank of Facebook this entire time. They have repeatedly complained about the never-washed-ass-hole that is Trump’s permanent state.

Just how many of you turned on that debate and witness this embarrassment to the human species? I didn’t. Like a jug of milk in the fridge two weeks out of date, I didn’t need to take a whiff. Lots of people didn’t make it ten minutes. That thin line of actual journalists had to endure and report on the entire thing.

I wonder how COVID-19 does with bone spurs?

Take this so you can get to work!

A big part of the problem has been that mentality. The whole “Dads don’t get sick days” marketing. Culturally we have been told it is okay to kill off all of the weak, old, uninsured people. Just down some day-time cold & flu formula and get to work. It was never right. We should have never allowed it. What people have blissfully ignored is the fact you are still highly infections when you go into work.